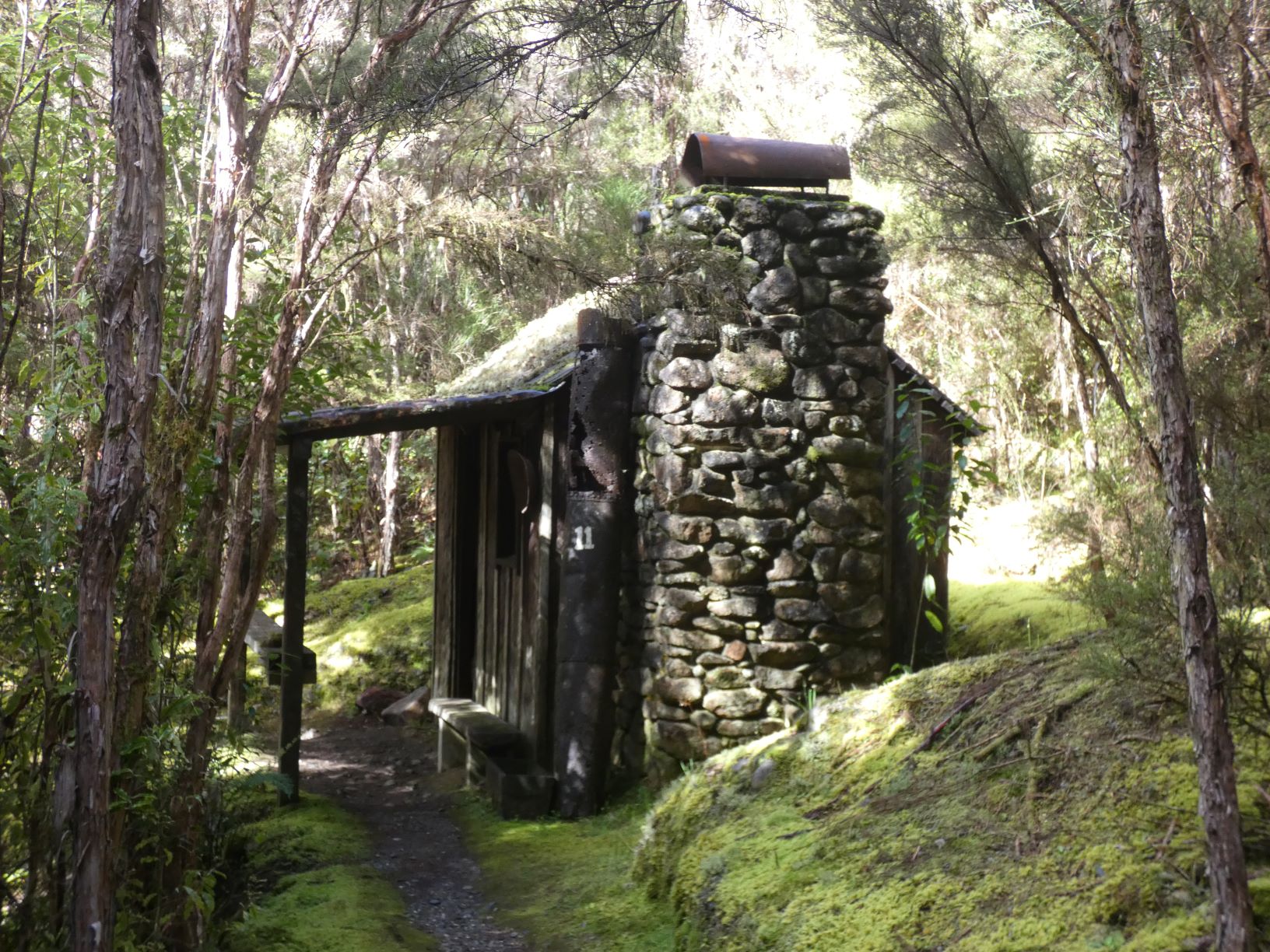 Buller Gorge Swingbridge Adventure and Heritage Park is rich with history, flora and fauna that is a delight to explore.

The General History of the Buller Gorge

From its source at Lake Rotoiti, the Buller River cuts a westward course to reach the Tasman Sea at Westport. The scene of floods, earthquakes, and home to hundreds of transient workers during goldmining times, the Gorge has been a challenge to horsemen, coach drivers, roadmakers and bridge builders.

Maori travellers used the river as a highway and helped early European explorers and goldminers to negotiate the treacherous rapids. today’s road travellers can take time to enjoy the scenery and features between Murchison and Inangahua in a split fraction of the seven weeks it took Thomas Brunner to make the journey in 1847.

Built in 1890, the bridge replaced a punt that operated on the river for many years. No longer did the horse and carriage have to board a wooden pontoon that, linked to cables spanning the river, employed the force and angle of the current against its hull to move across the river.

When a pair of Maori prospectors found gold in Lyell creek in late 1862, they sparked off some of the richest discoveries in New Zealand mining history. Despite the steep hillside, the town grew rapidly to meet the demands of miners and their families. By 1873 there were six hotels, three stores, one drapery and ironmonger store, three butchers, one baker, two bootmakers, two agency offices, a blacksmith shop and a school.

Faliure of the town’s water supply was a cruel blow in 1896 when 18 of Lyell’s buildings burned down. Only a few businesses were rebuilt as by then the easy gold had been won. The last mine to close was the New Alpine in 1913. The town’s last building, the Post Office Hotel, burned down in 1963.

In 1847 Thomas Brunner made an exploration of the Buller and the West Coast with Maori guides Kehu and Pikewate and the guides wives. Soon abandoned, Kehu and Brunner continued alone, travelling a total of 550 days and suffering hunger and sickness during the epic journey.

Goldmining licenses have been issued for land around here since the 1860’s and small-scale dredging for gold in the Buller river continues today. White’s Creek once boasted a small settlement of tents and shanties. The Newton Hotel (now the Newton Livery) would have provided a welcome night out to compare notes with those working the Newton flat claims.

White’s Creek never grew to the settlement proportions of Lyell, rather it remained an alluvial mining shantytown as hopes held out for the big quartz lead that was never found. Renewed interest in the area surfaced during the late 1920’s when gold rose in value. White’s Creek took on a new lease of life with The Buller Diversion Goldmining Company Ltd.

Seventeen people died in the 1929 Murchison Earthquake which occured in mid-winter and caused many spectacular slips, cut roads and dammed rivers. The quake, of magnitude 7.8, was centred under the White Creek fault where the 4.5m uplift can still be clearly seen.

During the June 17 quake, the gorge reverberated with booming sounds, and people found it impossible to stand as trees and boulders crashed around them. families had to clamber over landslides and through thick mud to get to Murchison.

During the days that lead up to 17th June 1929, colossal pressure built up on the many faultlines that run like veins through the north-west Nelson region. Somewhere along that system, at 10.17 am, the strata finally gave way, taking the stress along other faults to snapping point.The result was an earthquake measuring 7.8 on the Richter Scale, felt nearly all over New Zealand and causing massive devastation through Nelson and the West Coast. Although the event has been best known since as the Murchison earthquake, there were also epicentres well to the east, west and north.

The most dramatic example of the earth’s movement was seen along the White Creek Fault. On the eastern side of the fault, the earth was thrust 4.5 metres upward, the surface sign of a deep-seated rock fracture. As you walk through Buller Gorge Swingbridge Adventure and Heritage park you can walk alongside and view the displacement. Across from White Creek, the upthrust formed an impassable barrier to motorists. Reforming the road around this and many other quake-formed obstacles took several months.

Elsewhere in the Buller Gorge fissures opened in the ground and slips came down from cliffs or steep slopes. The Buller river was, for a time, reduced to a trickle by blockages up toward Murchison and in the Maruia valley. Fortunately those were breached gradually instead of bursting away suddenly and causing greater devastation.

Reports that a nearby mountain known as the Old Man had been toppled turned out to be unfounded – the Old Man can still be seen up the gorge. However, hundreds of local people had their homes destroyed and lives devastated. Seventeen people were killed, most engulfed by landslides as far away as Seddonville on the West Coast. At Whale Creek flat, three children and a teacher escaped from their classroom just before boulders, tree debris and mud swept it away.

Three men working in a river diversion tunnel through the neck of the peninsula also had a terrifying experience, but fortunately their exit was not blocked.

Looking back later, people realised that booming noises heard during the days leading up to the earthquake had been forerunners to it, not blasting on the railway or farms as thought at the time. two years later, a massive death toll in the Hawke’ Bay earthquake emphasised what loss of life there would have been if the Murchison event had happened in a highly populated area.

This letter was written by Walter Oldershaw to the miners as an analysis of the gold in the Buller River. It concludes that there is a substantial quantity of gold to be found. Oldershaw included his calculations that prove interesting reading, and, tantalisingly, “had not travelled far down the river from their source”. Despite the frantic efforts of the early goldminers, no one discovered the mother lode.

Buller Gorge Swingbrige Adventure and Heritage Park offers a range of amazing gold jewellery made from nuggets found in the Buller River.

With every gravel beach and rock bar on one side of the Buller River was worked for gold in the 19th century, the lack of a road meant that the side on which Buller Gorge Swingbridge Adventure and Heritage Park resides was mostly untouched. Just a few daring diggers ventured across in boats or picked their way down the gorge from Maruia Valley. Once they reached the peninsula they made the most of their opportunity as shafts, tunnels and stacked tailing stones on their gold claims testify.

The construction of the first bridge, some time around the start of the 20th century, not only made the peninsula easier to reach but also enabled them to pipe in much-needed water to accelerate the speed of the gold-winning. Grand schemes were even mooted to work the bed of the Buller, including scooping it out with a giant dragline and dewatering it via a diversion tunnel through the neck of the peninsula.

With a supply of high pressure water, miners were able to employ their favourite method of working – hydraulic sluicing. powerful jets of water were played onto terraces, cutting them down and washing them away. Large rocks were rolled aside and neatly stacked while gold-bearing gravels passed into timber sluice boxes. Gold was trapped by wooden bars. Lighter stones carried on down a deeper channel called the tail race to the river.

When the process was completed, nozzles and undamaged pipes were taken to other claims, unsound pipes were left to rust and original native plant species gradually regenerated.

Serving a scattered popluation of miners, the White Creek settlement never grew to the size of Lyell or Hampten (now Murchison). While they were important supply centres with many shops and hotels, White Creek had tents and shanties, plus one of the small post offices situated at intervals along the main road. There were miners of many nationalities, including Chinese such as Lai Lum who worked a claim a short distance downstream from the Buller Gorge Swingbridge Adventure and Heritage Park. numbers of women and children increased later in the 19th century.

Biddy of the Buller

One of the gorge’s most famous characters, Biddy lived in the hope that one day she would find the ‘mother lode’ or at least a sizeable chunk from it!

A transition from mining to farming that occured on other fields was limited by a shortage of flat land in the gorge. Some who did till the land still needed to supplement their income by working gold claims – including on the peninsula where water was piped across the bridge where unworked ground remained.